Your watchlist is empty 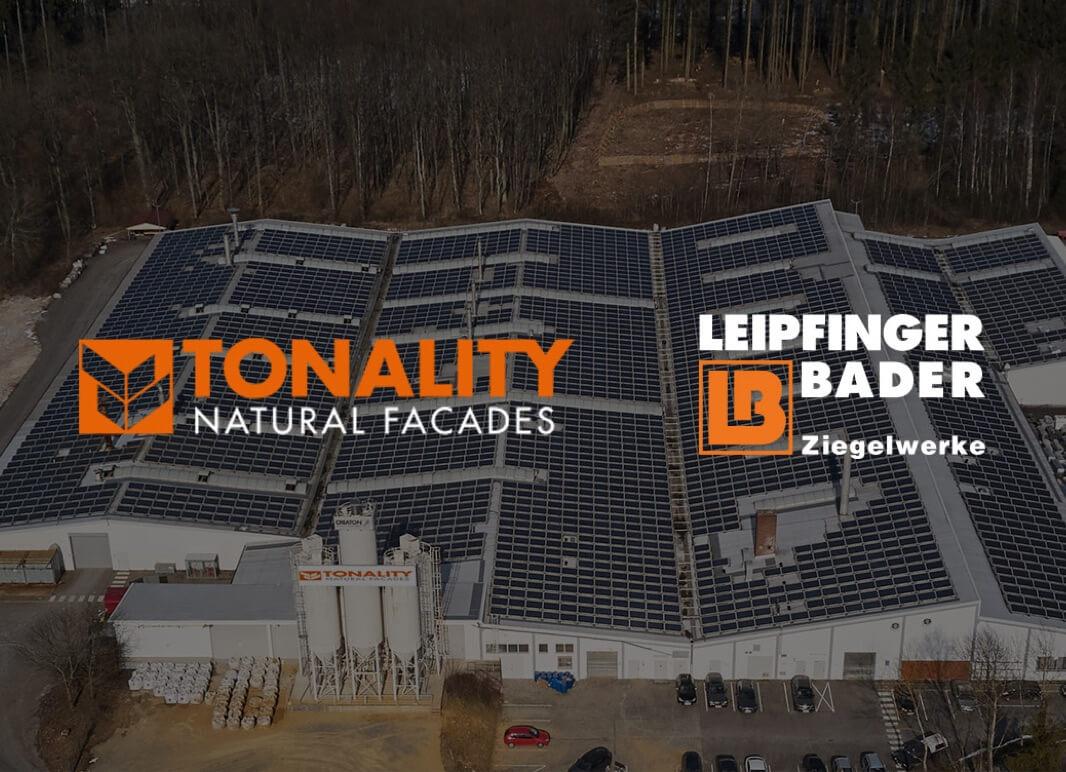 Vatersdorf/Weroth – The façade tile manufacturer Tonality from Weroth (Rhineland-Palatinate) has a new owner: the Leipfinger-Bader brick factory from Vatersdorf (Bavaria) has acquired 100 percent of shares in the company, which acted as the business field “Façade” of Creaton in the market until late 2017. By purchasing the export heavyweight Tonality GmbH, the southern German family company Leipfinger-Bader is aiming at the strategic expansion of its business fields – and is simultaneously expanding its range of terracotta products for residential, business and industrial premises.

In 1999, the Creaton AG launched a new era of terracotta façade design with the introduction of its “TONALITY” product range. In 2004, the factory – located in the Westerwald community of Weroth – was specially expanded to become a “competence centre for premium terracotta products” and presented as the new business field “Facade” of the well-known roof tile manufacturer. Since then, production has been increasingly concentrated on high-quality tile solutions for mounted rear-ventilated façades. In December 2017, Creaton sold this business field for strategic reasons to the newly founded “Tonality GmbH” which was created by Siavash Djamali und Farrokh Sabokrouh. Now, in early March 2020, the Bavarian brick manufacturer Leipfinger-Bader acquired 100 percent of shares in Tonality GmbH.

The acquisition promises many market advantages and enables synergies for the construction industry: both companies are considered as premium suppliers in their respective market segments, with Tonality concentrating on manufacturing highly expressive, durable tile facades in a wide range of colours and shapes. The façade tiles are manufactured using a sintering process in which only first-class clays are used. Besides its wide and individual range of facade tiles, the company also produces visual protection and sun protection elements made of terracottas. Another special feature included in the product portfolio are invisible mechanical fastening systems which also allow extraordinary design ideas such as curves to be realised and permit differing format heights to be mixed without any problems whatsoever. “This will enable us to offer our customers sustainable and design-oriented complete terracotta solutions for residential, business and industrial premises. The individually manufactured – and thus flexibly usable – tile façades allow highly expressive buildings meeting the strictest possible requirements in terms of aesthetics, fire safety, durability and workability to be built,” explains Leipfinger Bader`s CEO Thomas Bader.

With its takeover of Tonality, Leipfinger-Bader is consistently pressing ahead with its dynamic corporate development. “Tile products from Tonality are mainly sold to other countries, giving us access to international markets. This allows us to better compensate for fluctuations in the German construction economy. At the same time, though, we are operating in a business field in which we can effectively contribute and expand our classical core competences of terracottas and masonry,” Thomas Bader explained. In addition, he continued, the company considered product development in Weroth as a convincing proposition and expected highly innovative approaches to be developed there. In return, he explained, the takeover provided strategic security for Tonality and its staff. Against this background, all of the approx. 35 employees in Weroth were being taken over, he added. “We are full of appreciation and very grateful to Mr. Siavash Djamali and Mr. Farrokh Sabokrouh for being allowed to lead the traditional and long-standing façade production at the Weroth site into the future. Our plan is to evolve and continue to produce sustainable, ecological tile façades for great buildings in the future,” says Thomas Bader. For about 150 years now, the Bavarian brick factory Leipfinger-Bader has been one of the leading family-managed manufacturers in Germany. The company maintains three factories in Vatersdorf, Puttenhausen (Lower Bavaria) and Schönlind (Upper Palatinate). With its total of approx. 200 employees, the company produces highly heat- and sound-absorbing backing bricks and special solutions made of fired clay. The company and its representatives have won countless awards in the course of the last few years

For about 150 years now, the Bavarian brick factory Leipfinger-Bader has been one of the leading family-managed manufacturers in Germany. The company maintains three factories in Vatersdorf, Puttenhausen (Lower Bavaria) and Schönlind (Upper Palatinate). With its total of approx. 200 employees, the company produces highly heat- and sound-absorbing backing bricks and special solutions made of fired clay. The company and its representatives have won countless awards in the course of the last few years.

Stay up to date.

Subscribe to our newsletter and thus make sure you receive special invitations and customised information on product innovations and current developments.